A week of partying in the mountains of France was a pleasant change to the bars along the beaches of the Canary Islands or the piazza of Brescia. Here’s a post about yet another trip to ski, although this time in different country to Italy.

Bristol Uni took 1500 students on a stupidly long coach journey all the way down to the Alps in France, and it was honestly one of the most amazing holidays I’ve been on yet. I originally thought that the drinking and skiing would be an issue, as my hangovers generally hit me like high speed trains. Thankfully, that didn’t turn out to be the case. Even though I definitely did suffer the most out of all of my friends, I was still capable to ski (although some days very miserably), apart from the final afternoon which I completely racked off. To be fair, we were pretty good at rising between 8-9 every day to be on the slopes between 9.30 and 11. Even if this did mean we’d slept for only 4 hours.

The resort was nice. I’m not a massive ski buff, but to me to slopes were ok besides the wind often shutting down the cable cars to the higher runs. This meant we often just chilled on the same few pistes but I enjoyed it all the same. We did attempt half of the longest black in Europe. Unfortunately, this happened to be the same day my ski’s binding became 2 sizes too big for my boots, resulting in me flooring it and loosing a ski every 2 minutes. I have never tumbled so much in my life. Genuinely around 10 times I fell over; just me rolling down some hills, skis and poles everywhere, absolutely hating life. Luckily we were skiing with the nicest group of people so there were always some hands to pick me up every time I stacked it 20 metres down the slope.

Why do people rant and rave about Après-ski? It was really not the thing for me. I think I went (was dragged) to about 3 sessions, and I only really kind of enjoyed one. I suppose dancing on tables in ski-boots with champagne being sprayed all over you sounds like fun. For me it was just an unnecessary thing, why would I want sore ankles and for my ski jacket to smell like a brewery for the rest of the week? Also, have you ever tried to slut-drop in massive ski boots? It’s not possible – I did attempt it. The results were just people awkwardly stomping to the beat of the music. The nights out, however, were absolutely amazing. I drank, danced, sang so much. I got into a (nearly) physical argument with a French local without even knowing, I fell off a table I was dancing on and didn’t even feel the pain, and I drank more whiskey than humanly possible. One of the nights was a three-legged race bar crawl. Lauren, Molly and I were all tied together by the ankles, whilst Annabel had to run around the resort to all the different bars to prepare the drinks on our task list for when we arrived. It must have been a pretty funny sight, 4 blondes dragging each other around snowy roads with sweat bands and moustaches on.

Towards the end of the week it became clear that my poor diet, excessive drinking, and sleepless nights did not bode well for the 27 hour return journey to Portsmouth via Bristol, so l decided (like many others it seemed – judging by the amount of trip sweatshirts I saw at the airport) to book an extremely overpriced flight home instead. Massively hungover, I had to battle my way through a ridiculously small airport, jousting with middle class families and their ski gear just to get to the check in desk. Finally on the plane and ready to take off, I realised the journey wouldn’t be as good an idea as I originally thought. An aircraft seating only 50 people with propellors never leads to a smooth ride. I located the sick bag immediately and closed my eyes and hoped for the best. Needless to say, I swiftly declined the champagne at Easter lunch the following day. 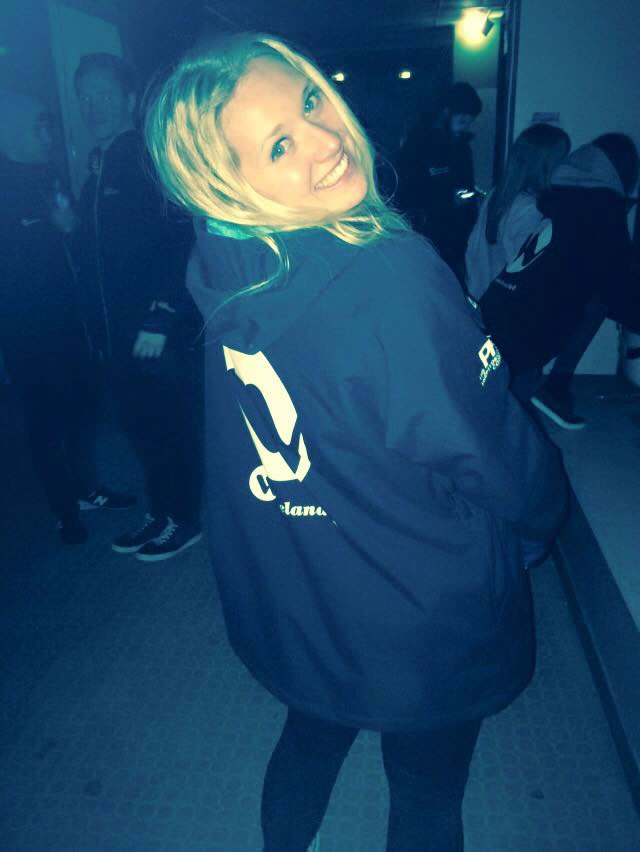 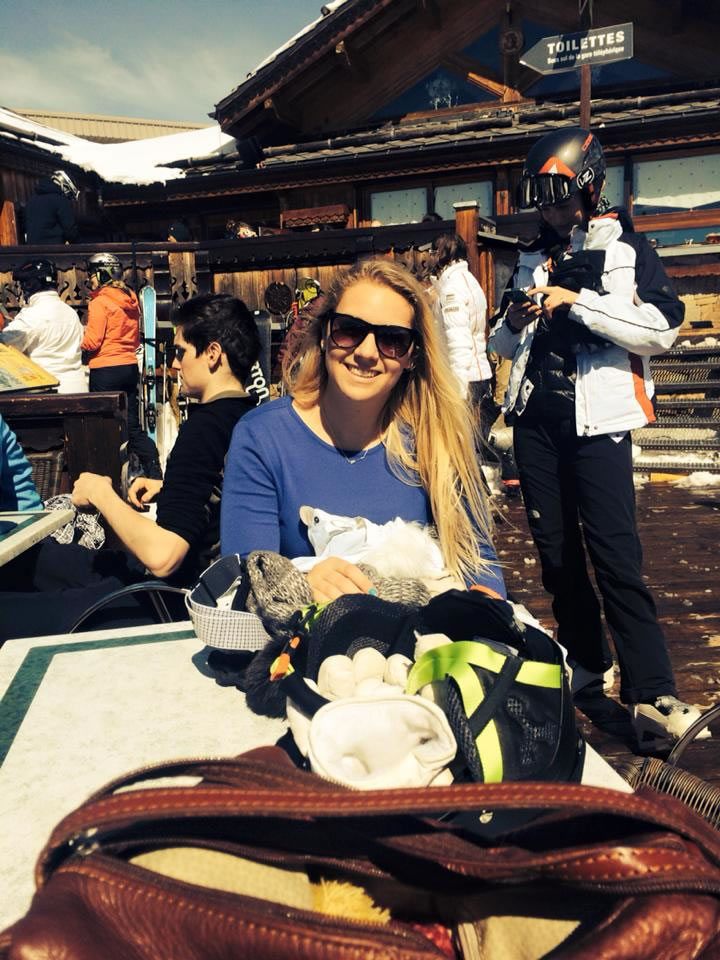 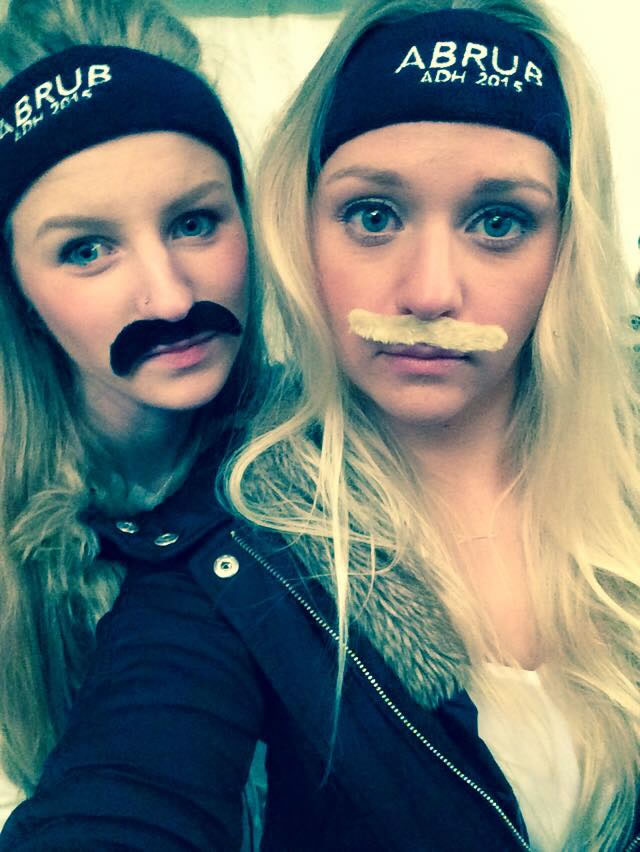 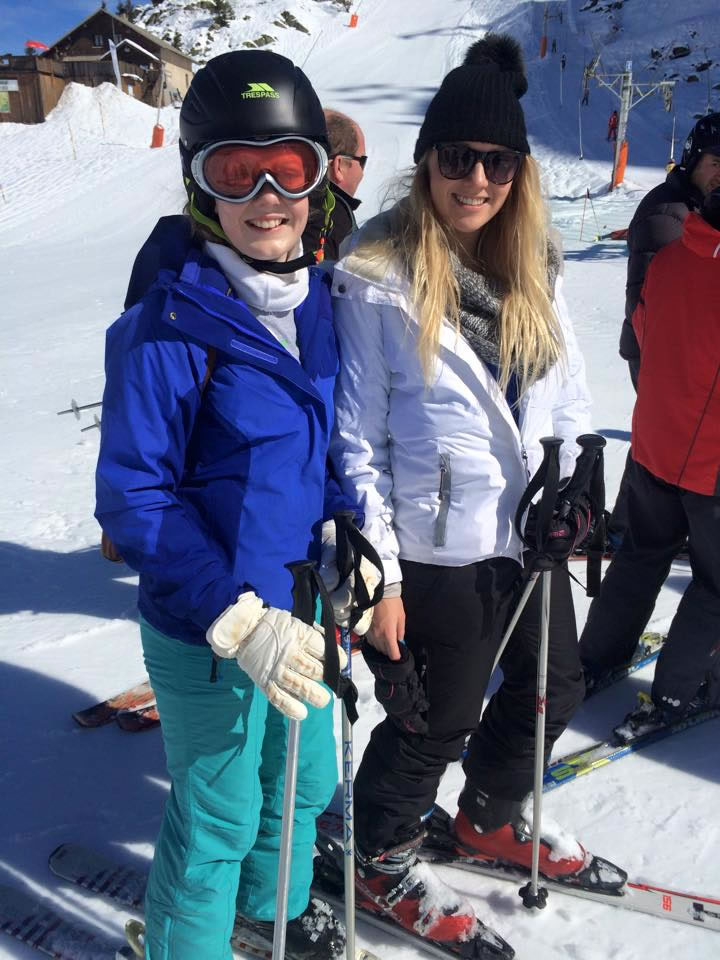 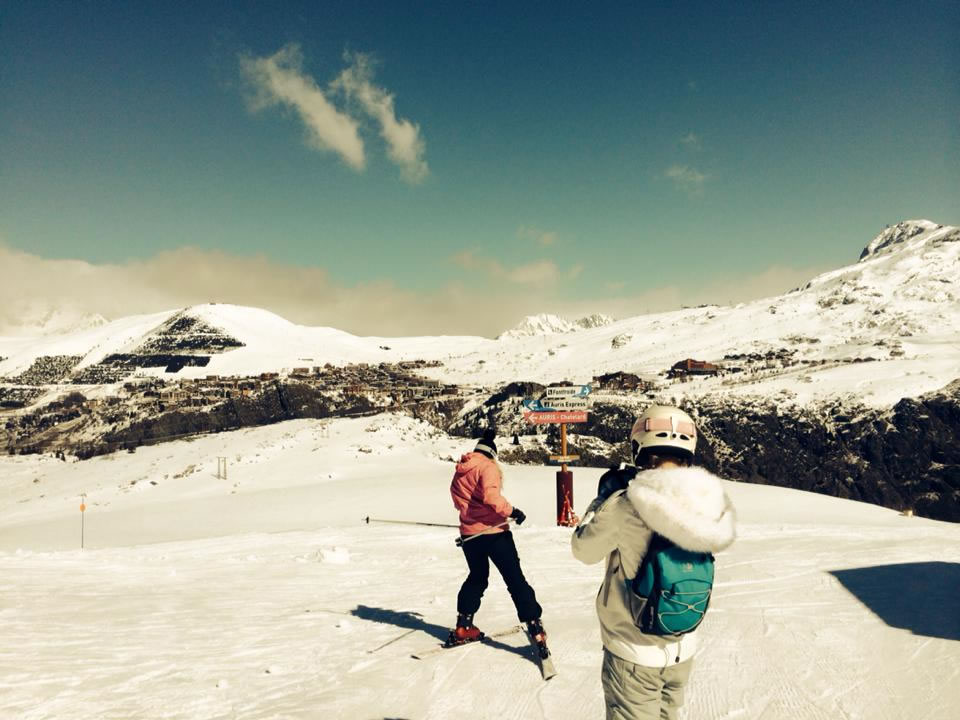 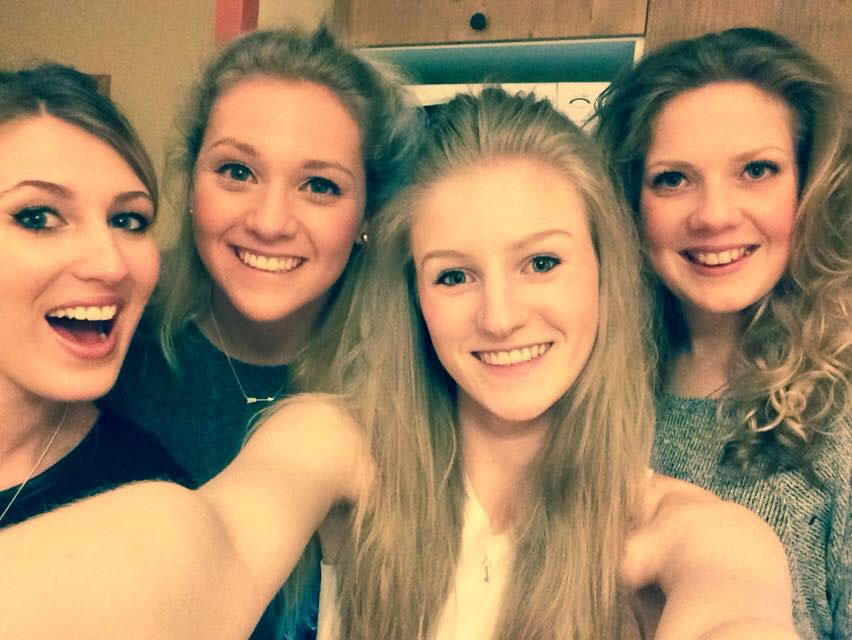 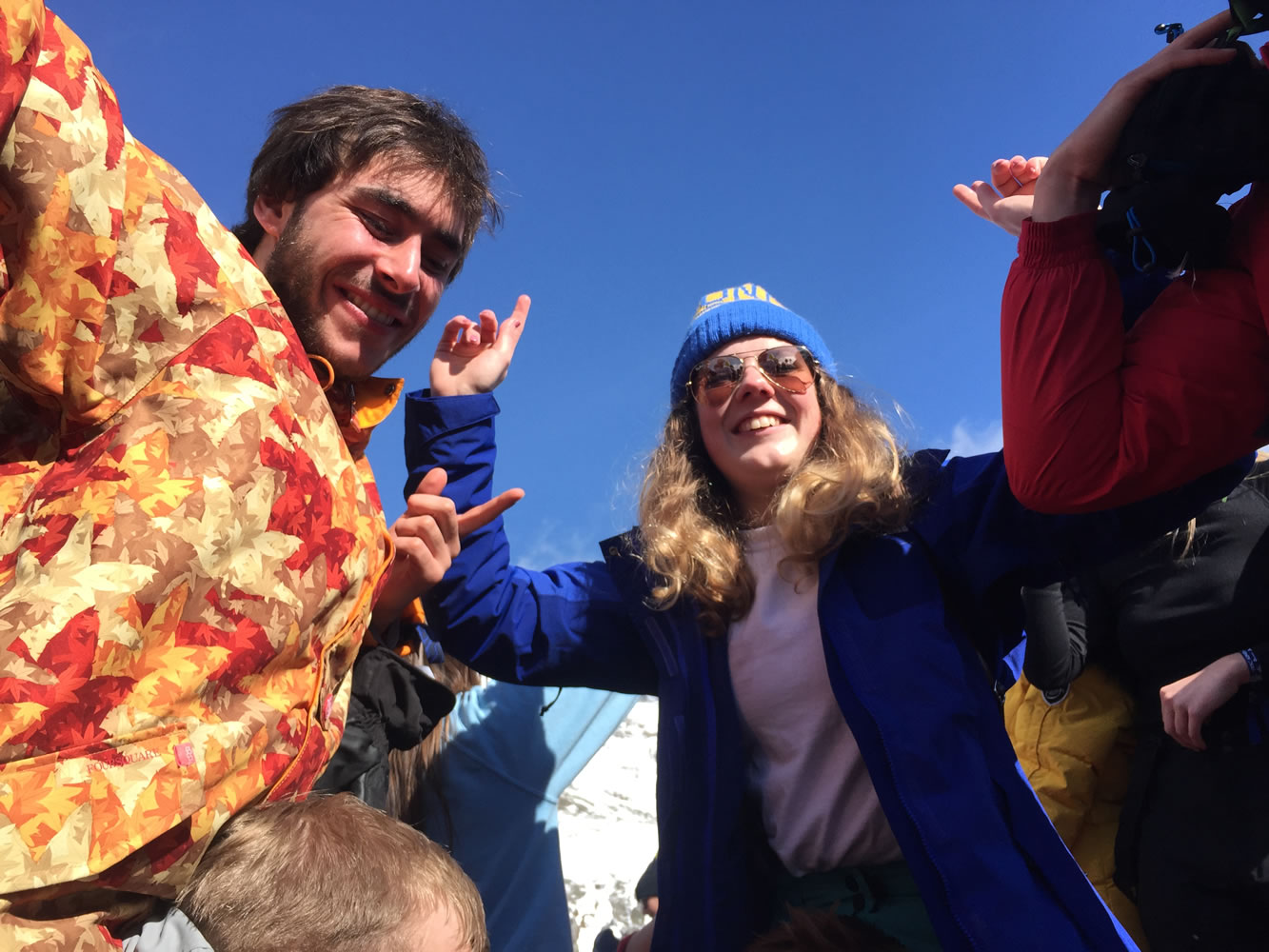 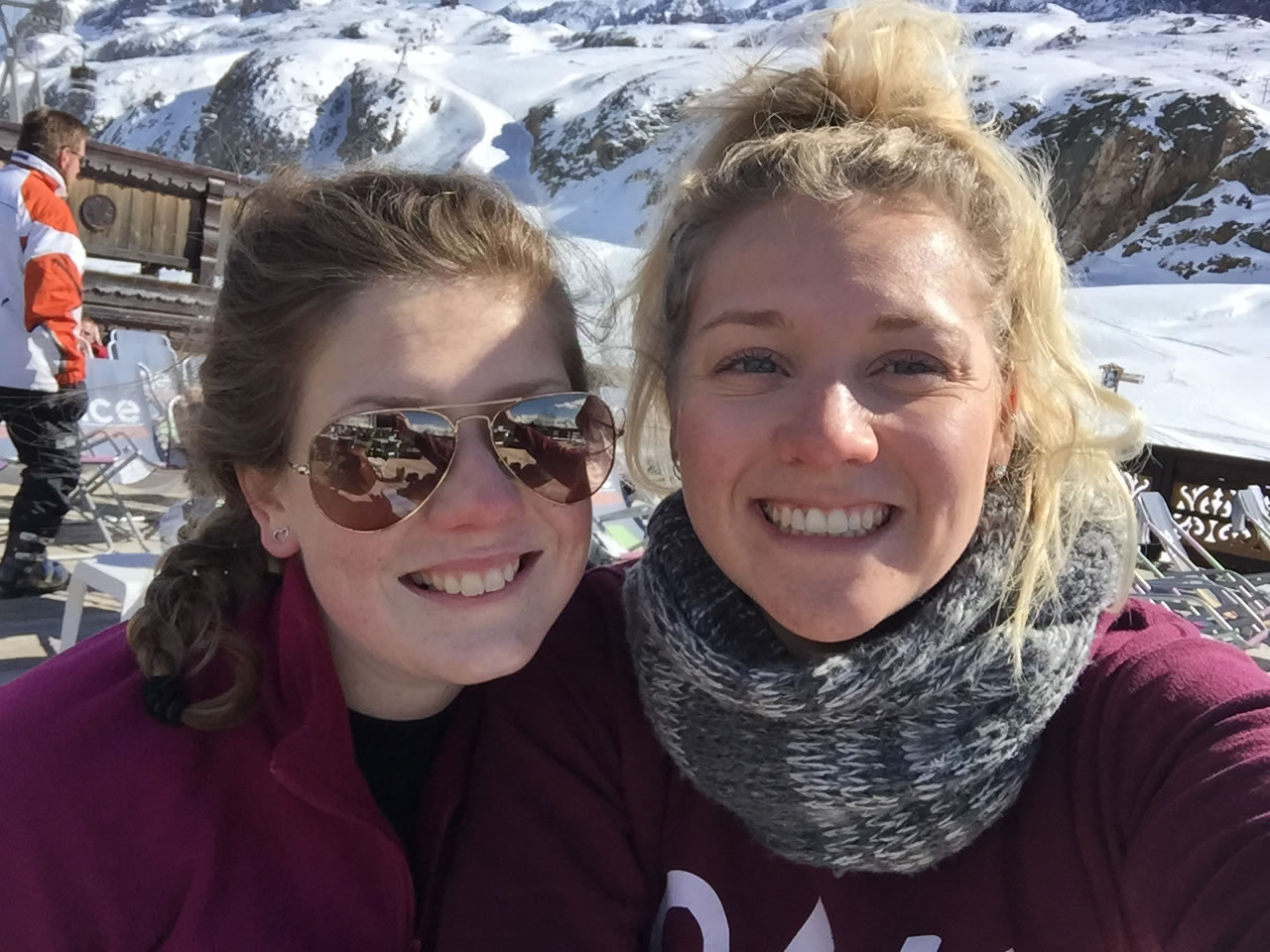 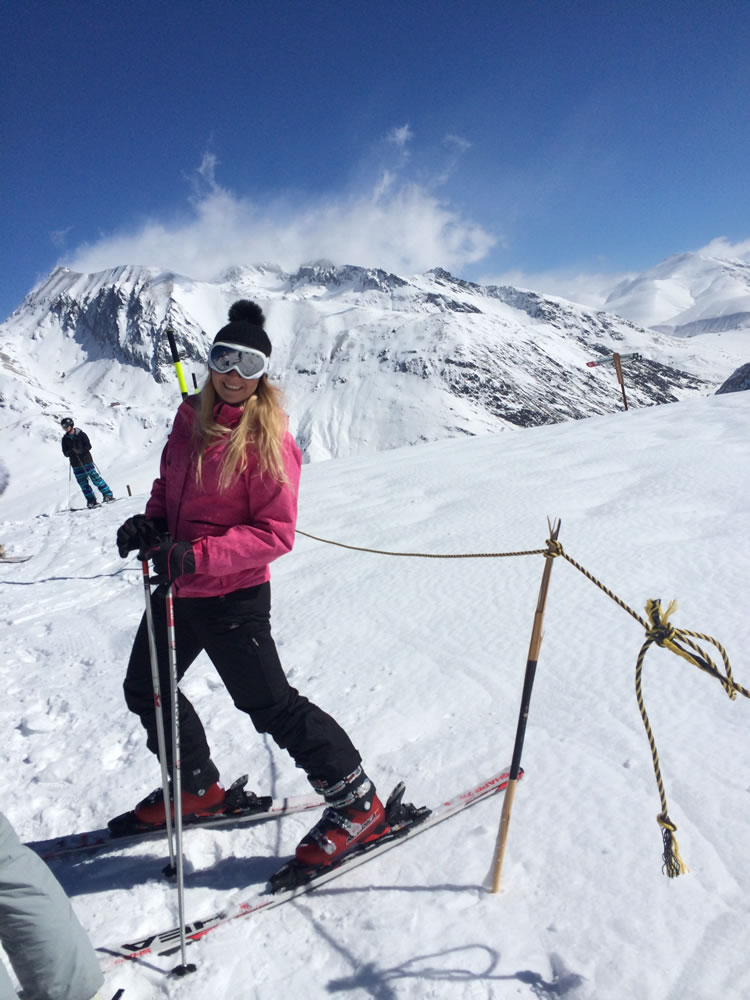 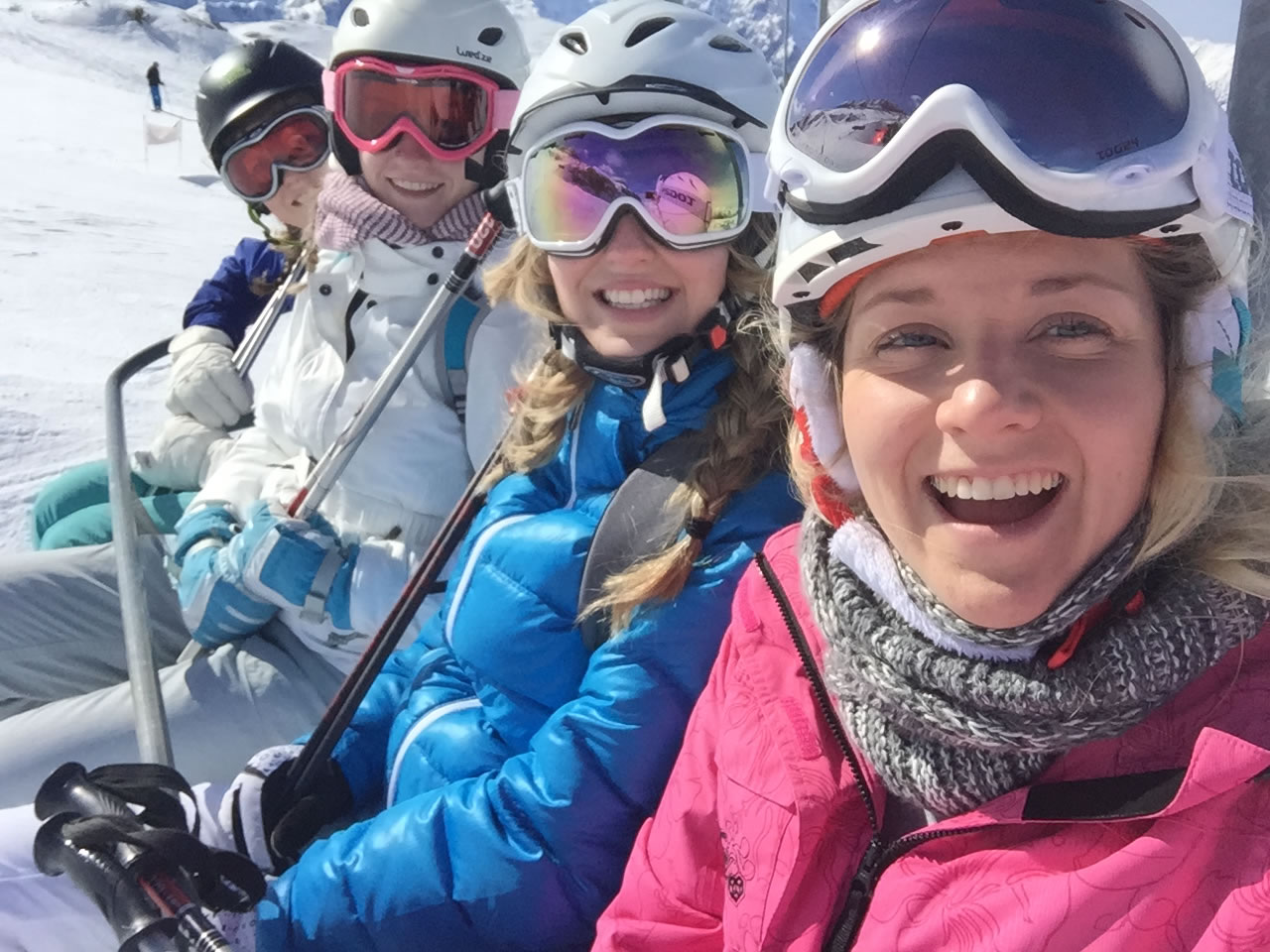 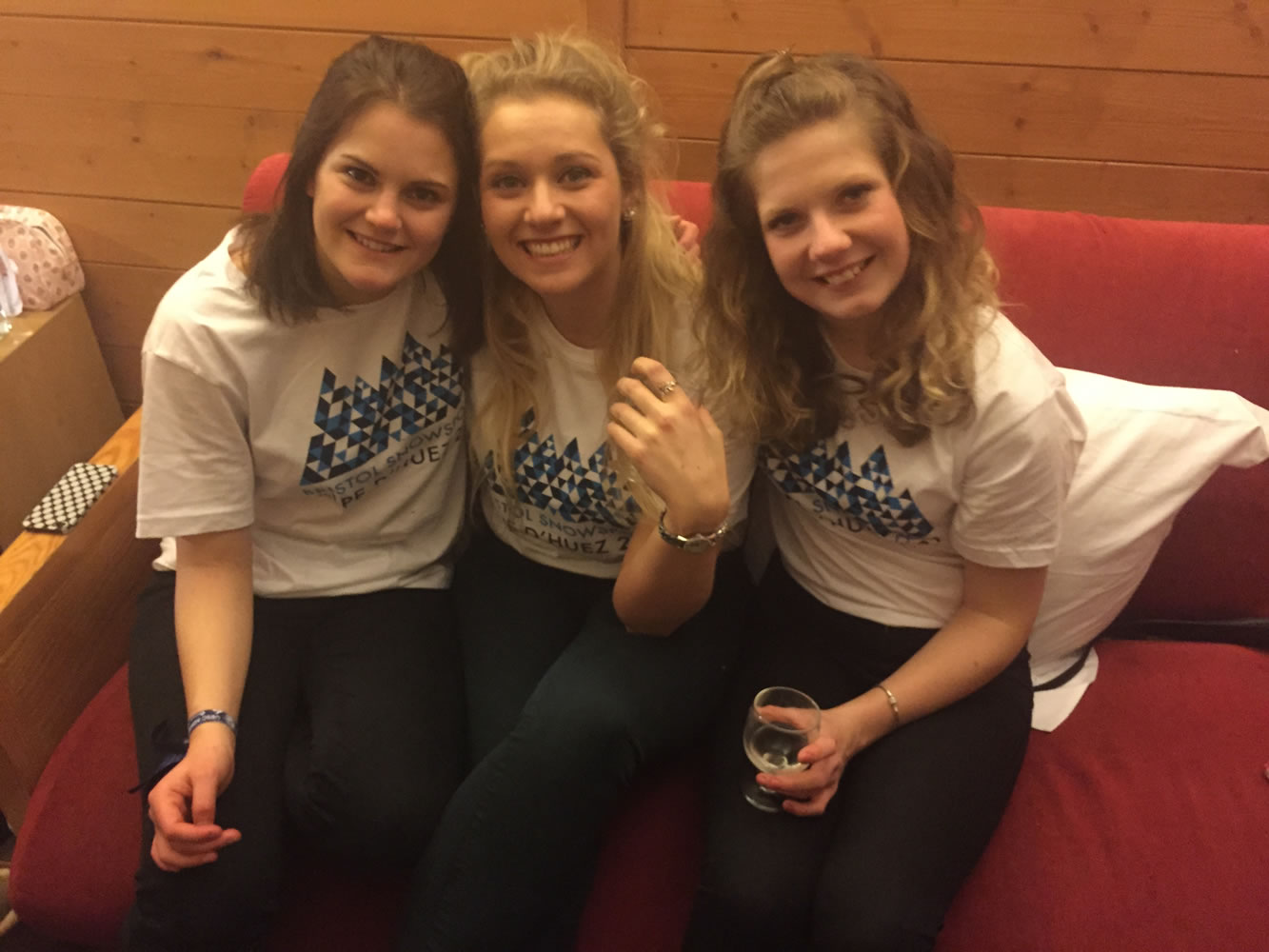 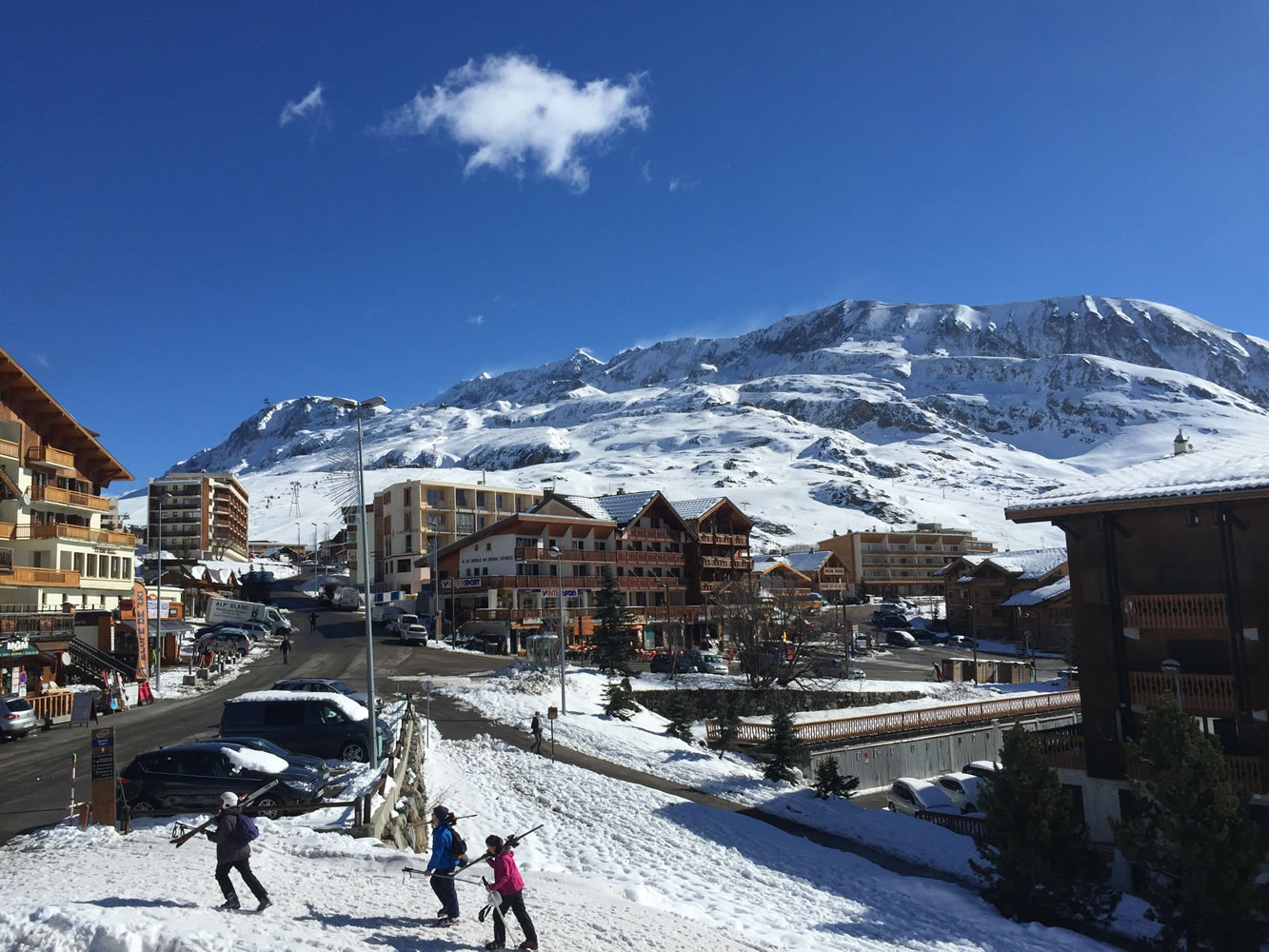 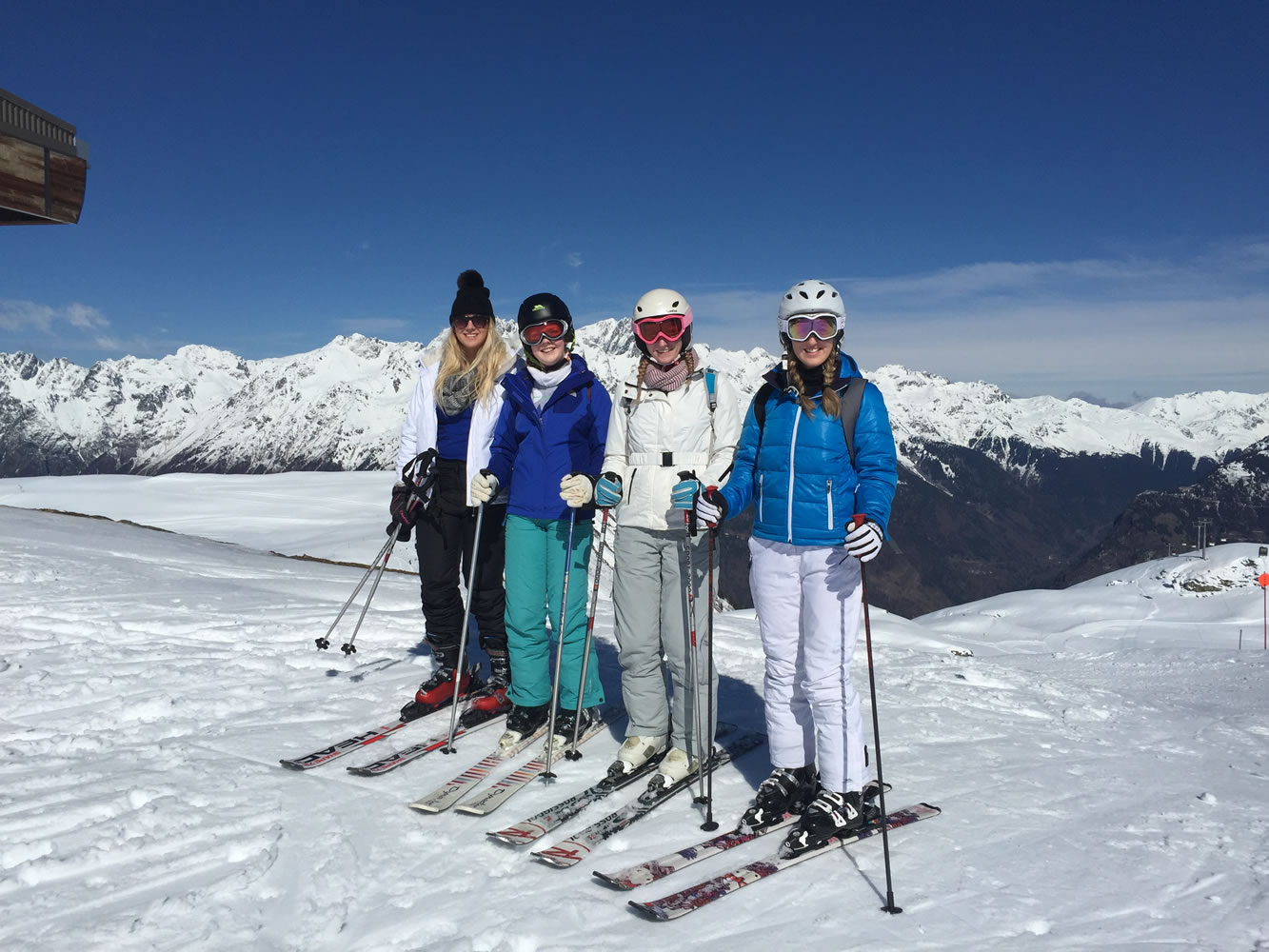 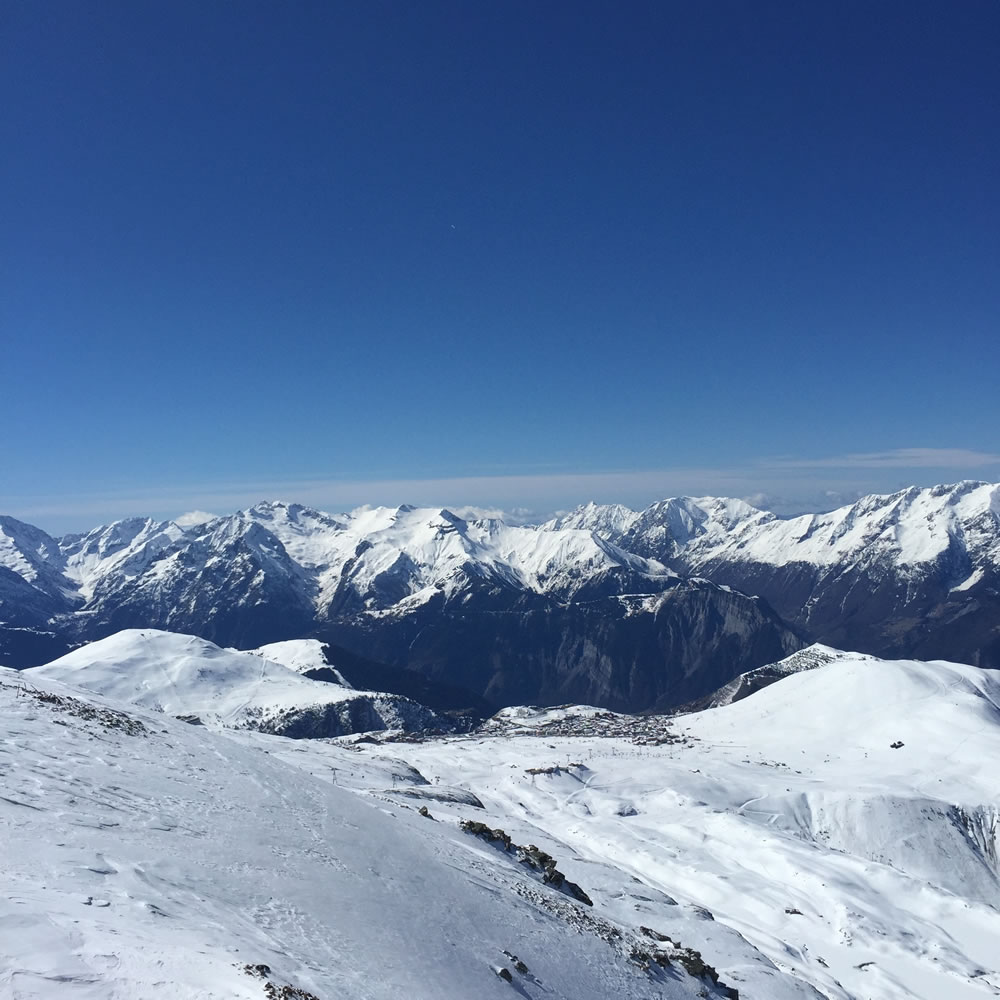 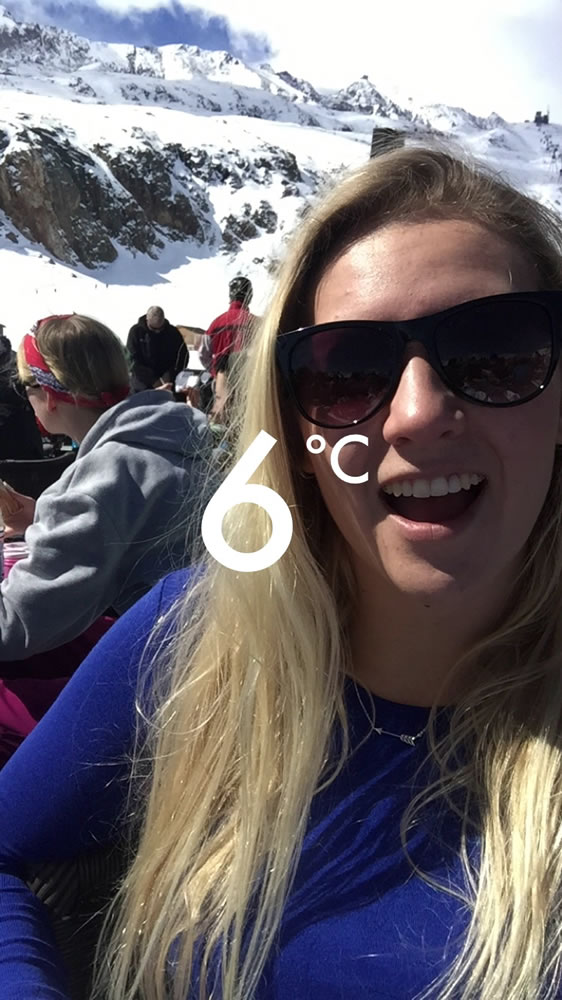