Blame it on The Prosecco

Home/Blame it on The Prosecco
Previous Next

Blame it on The Prosecco

The end is nigh and I can’t wait for it all to be over. I am just itching to get away from this strange little town and be free to holiday and spend the rest of my Erasmus grant as I wish. I have only 2 weeks left here! Where has the time gone. Summer has definitely arrived early as we’ve had some near heat-wave weather for the last few weeks. Unfortunately the stench of warmed-up manure is making the town smell disgusting. I won’t even put my clothes out to dry in fear I’ll smell like a farm. This has brought plagues of random insects with it, not ideal if you’re cycling without sunglasses on, resulting in them flying into my eyes and drowning in my tears.

Francesco’s birthday went well. He loved the gift I bought him over from the UK, I forgot how easily pleased 6 year olds can be. Some 5 pound Lego and he was entertained for hours. The party was also a success, l and my pass the parcel was a hit. Unfortunately I was left to do a lot of babysitting though and had to juggle party games with my addiction to the marshmallows on the food table. We also had a family birthday party for which Franci and I made some fairy cakes. Although everyone refused to eat them when he announced the recipe to butter cream icing. Come on Franci, help an English girl out.

My weekends have been spent laying in the sun and venturing around Gussago and it’s proximities. On a day off (Italians are as bad with strikes as the Spanish are with bank holidays), the Gussago girls and I tavelled over to Verona for an afternoon to be ladies who lunch on the river with Megan. We also made an appearance at Lake Garda one weekend, again to lunch on a lake. We really have made a habit of prosecco fuelled lunches overlooking some form of water. After I had sufficiently burned my back in the mid afternoon sun at the dinner table, we strolled on down to the beach where we took some sun loungers and had free mojitos bought to us on a tray. What is our life.

School has been passing slowly, so much so that I count down the days to Friday (not because I’m doing anything exciting, but that’s when the cleaner changes my bed sheets). Working with kids can be mega annoying, but they’re amazing for a confidence boost. When you walk into class in a red dress and some of the little girls gasp and tell you that you’re as beautiful as Little Red Riding hood it is quite sweet. The family on the other hand aren’t so complementary. I had a heated discussion with a nonna the other day where she claimed I was having her on when I said my hair was naturally the colour it is. After 10 minutes of arguing in bad Italian, she finally finished the conversation by saying ‘mi prendi in giro, non ci credo’. Fantastico.

You know that stereotypical drunk British girl abroad, being super rowdy, dancing inappropriately and drinking un-classily? We fit those shoes every time we go out. For us, it’s nothing out of the ordinary, in fact, we are probably a pretty tame group of girls to ‘party’ with. Not in Gussago though, we’ve been causing havoc. At a seven’s rugby tournament in the town last weekend, we thought it may be nice to chill in the sun and get some beers in and watch some rugby. It escalated quickly and before we knew it we were 2 bottles of wine, 7 beers and a bottle of vodka down, and the only 4 on an empty dance floor at a family friendly event. We’re sorry if we give you a bad name in northern Italy, its not our fault, blame it on the prosecco. 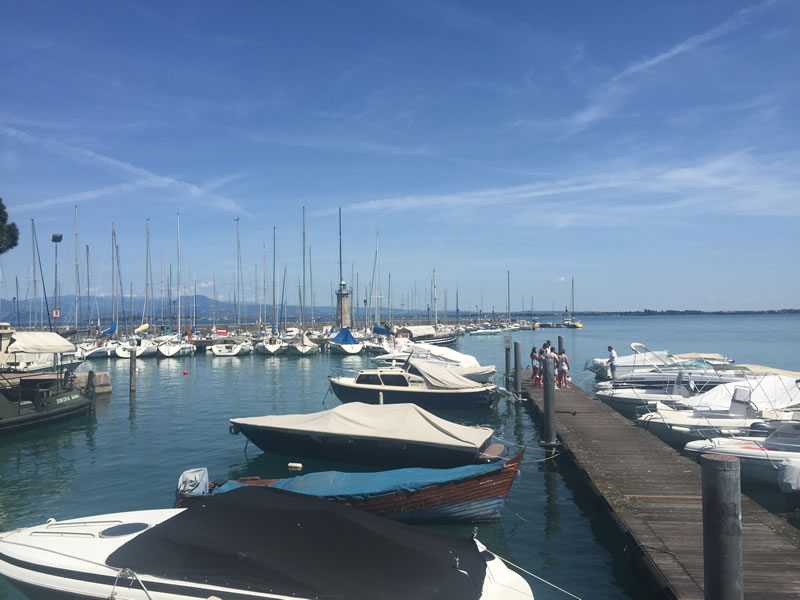 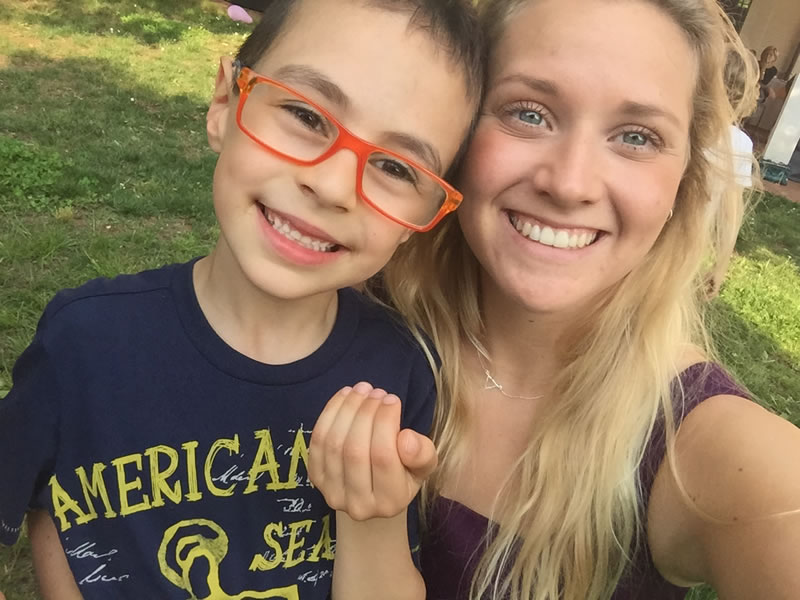 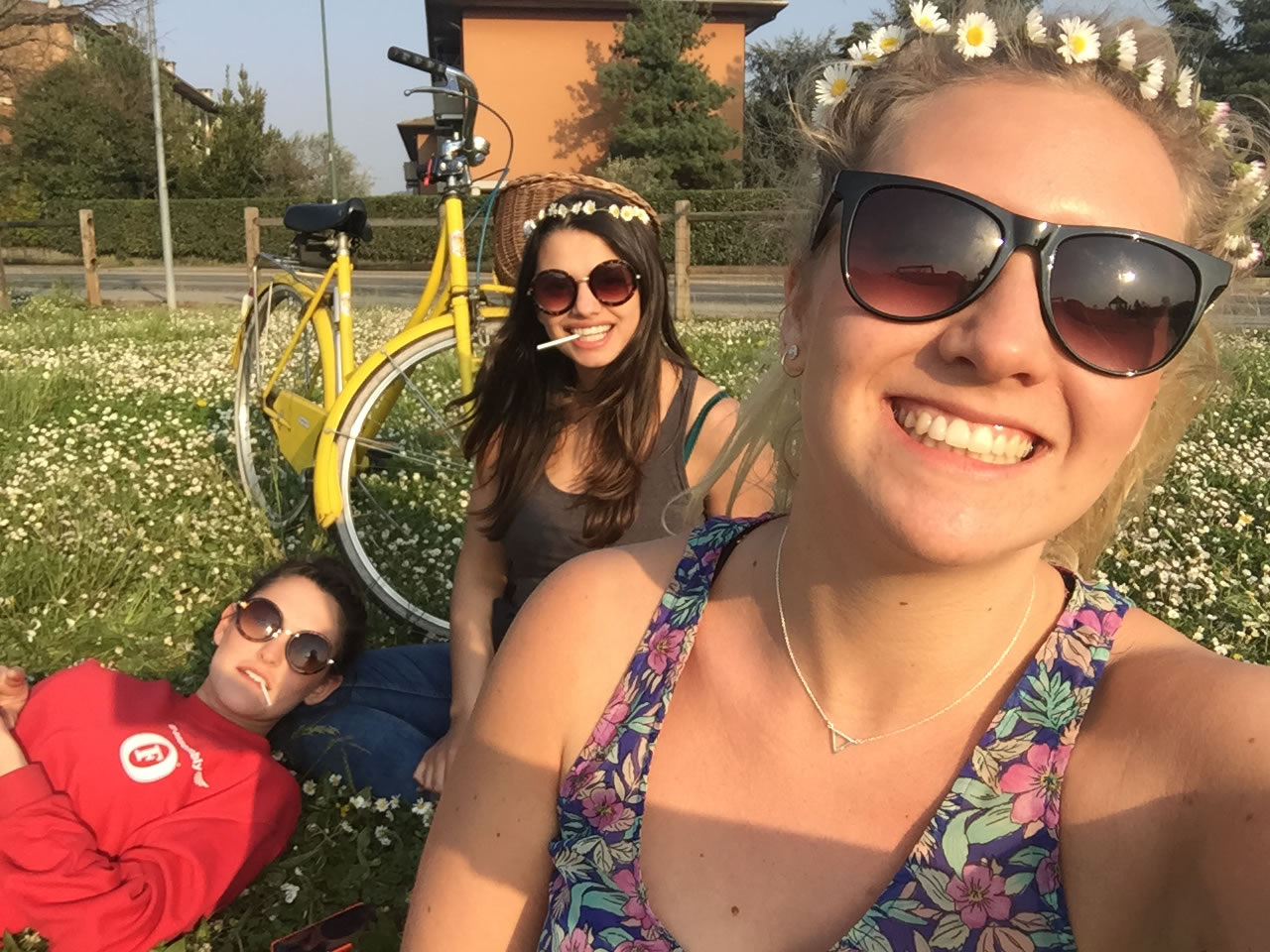 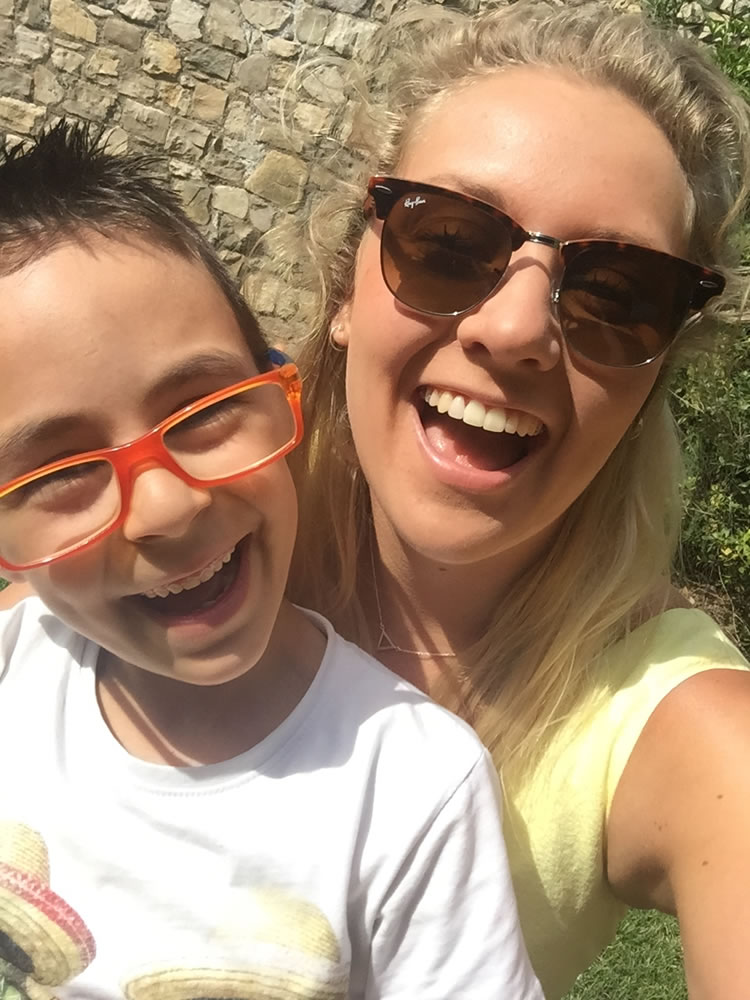 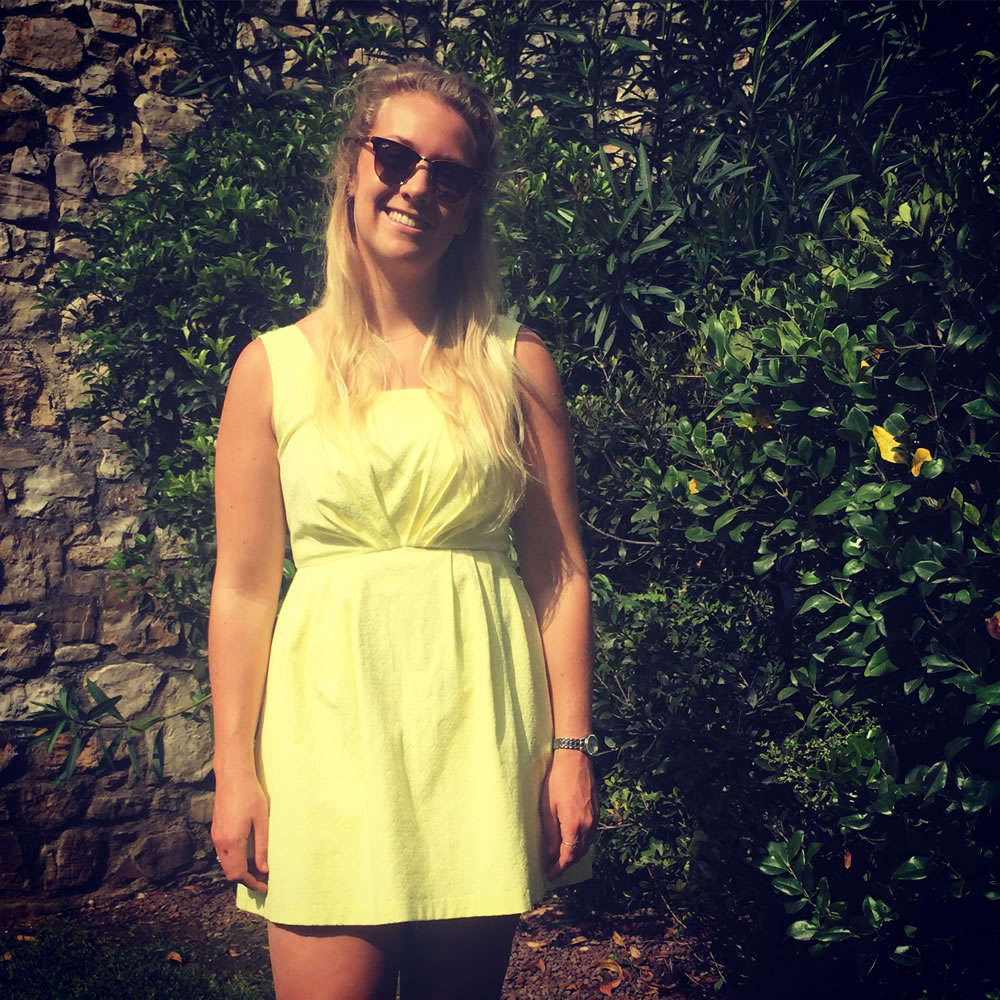 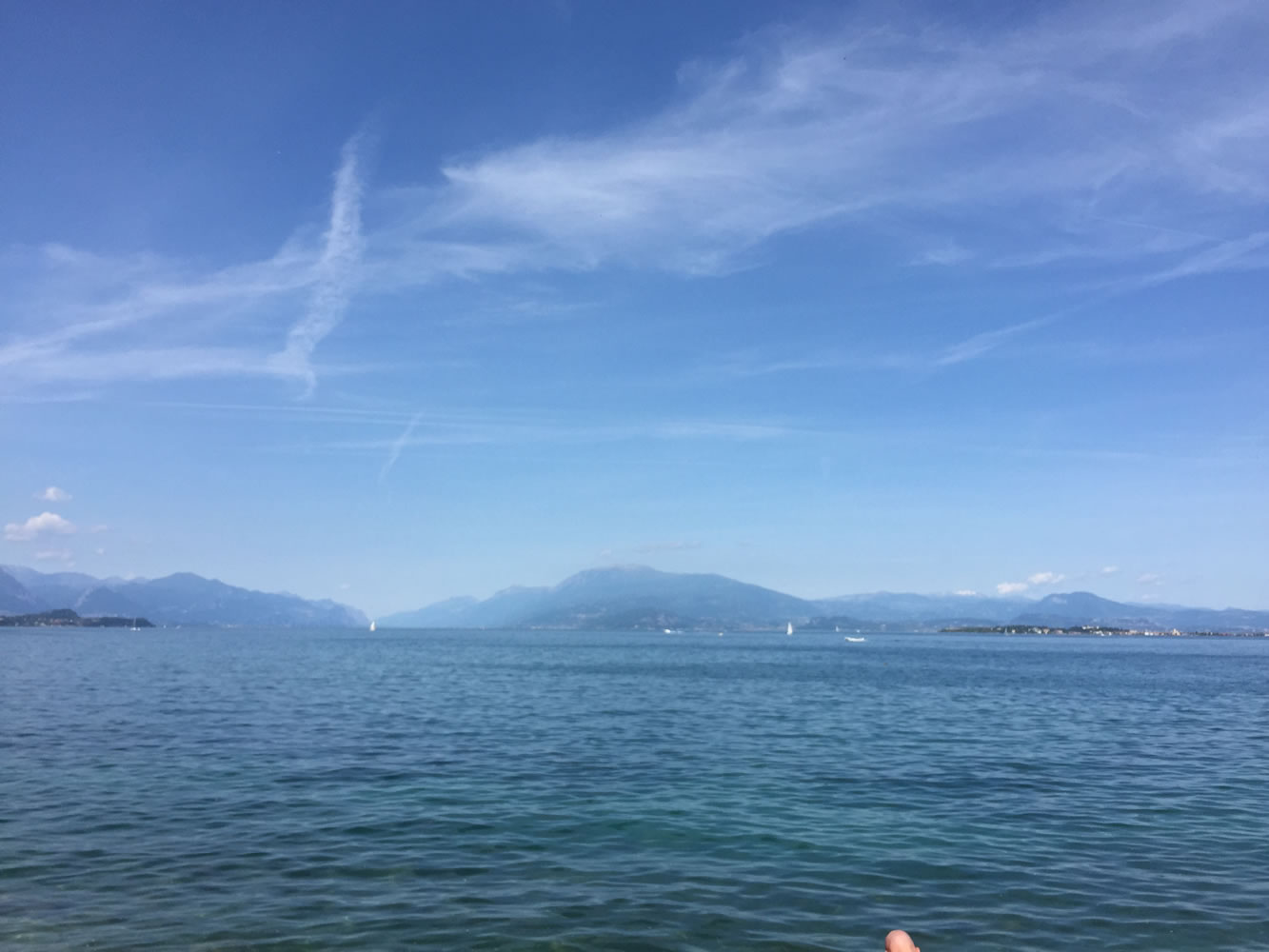 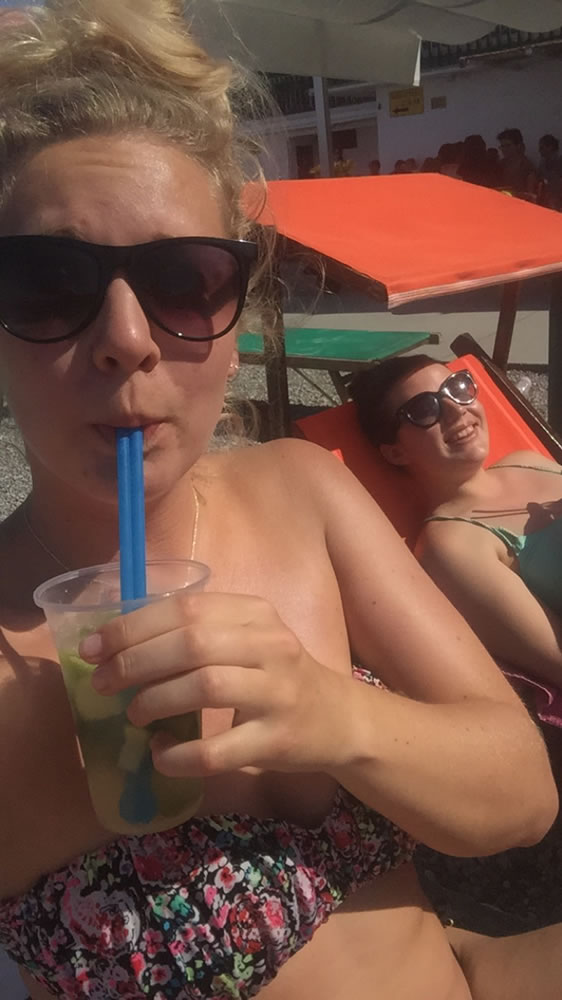 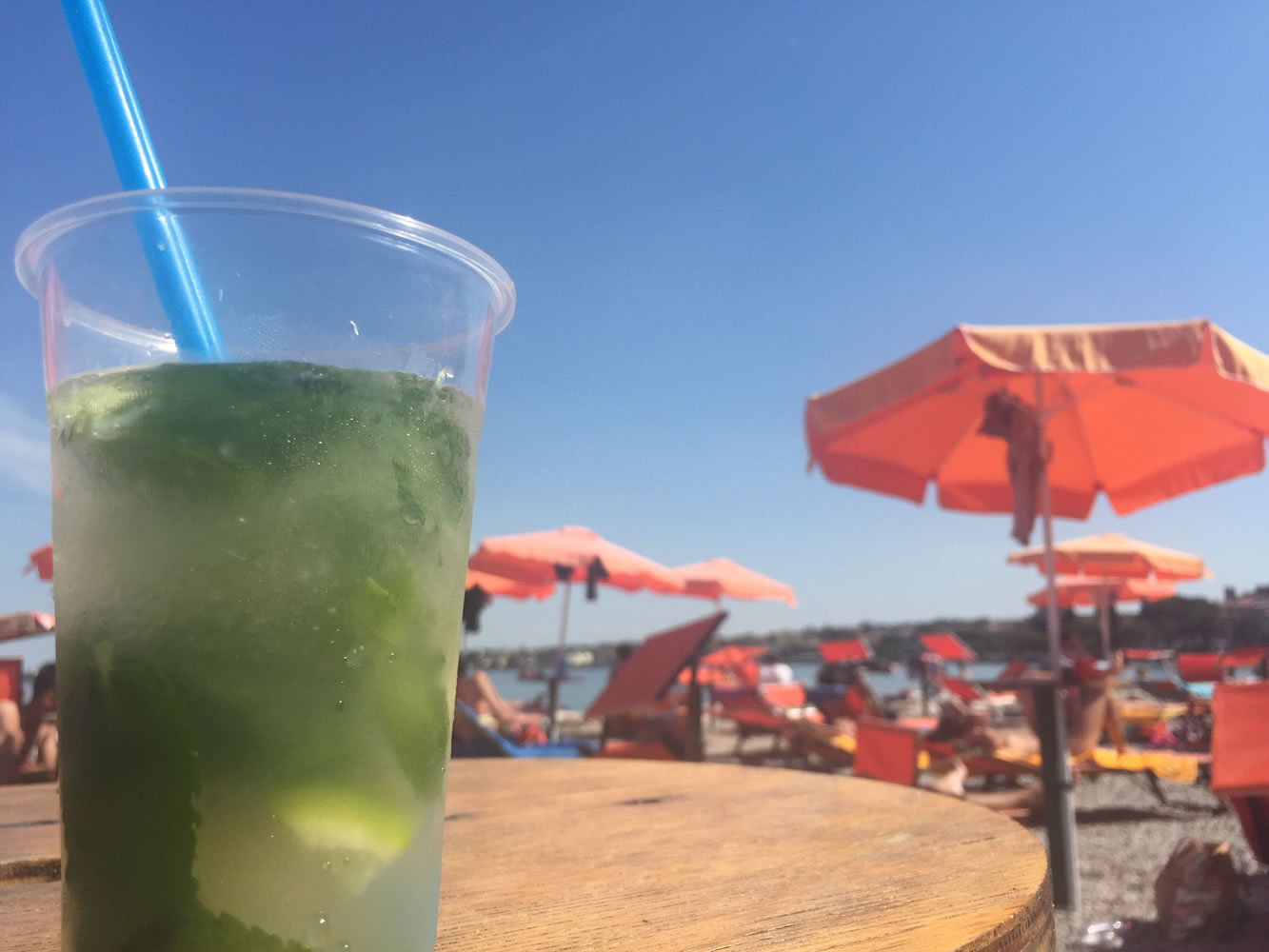 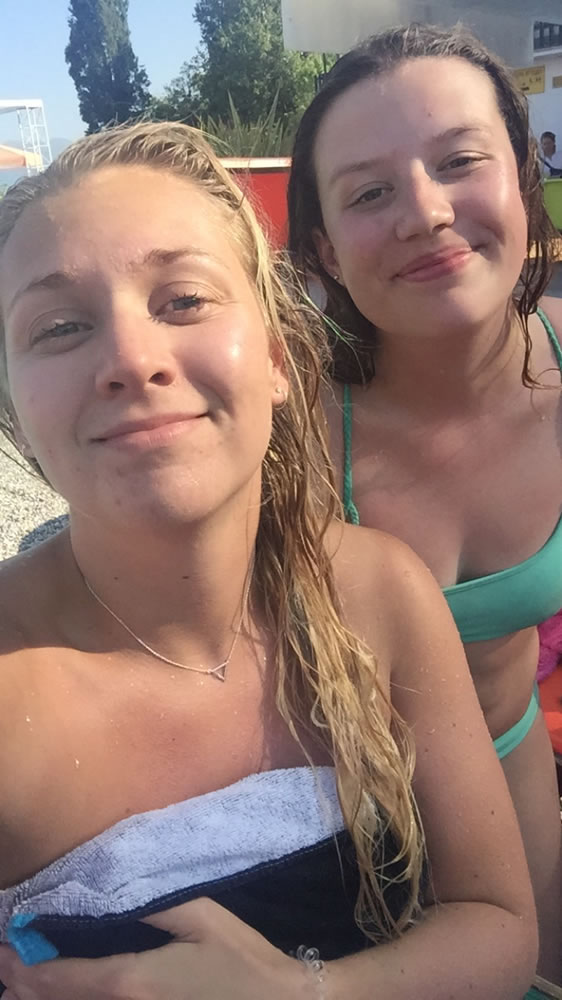 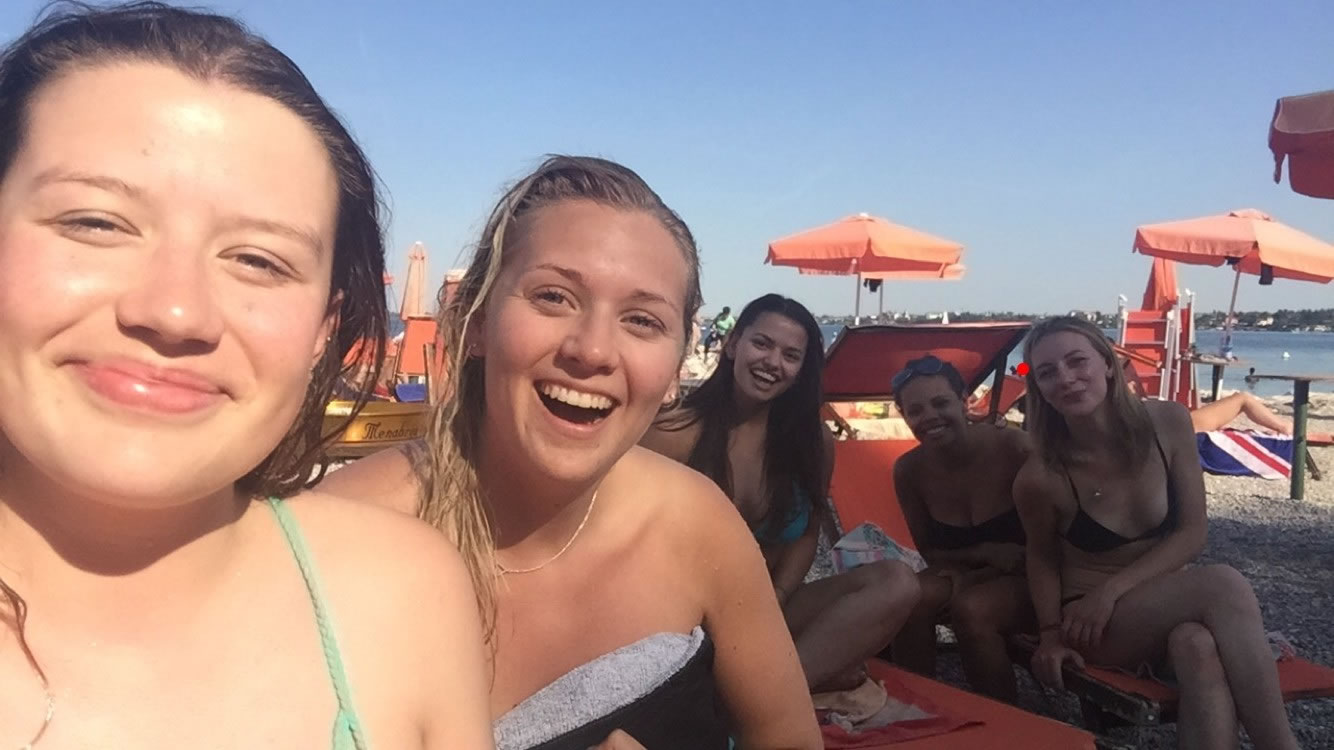 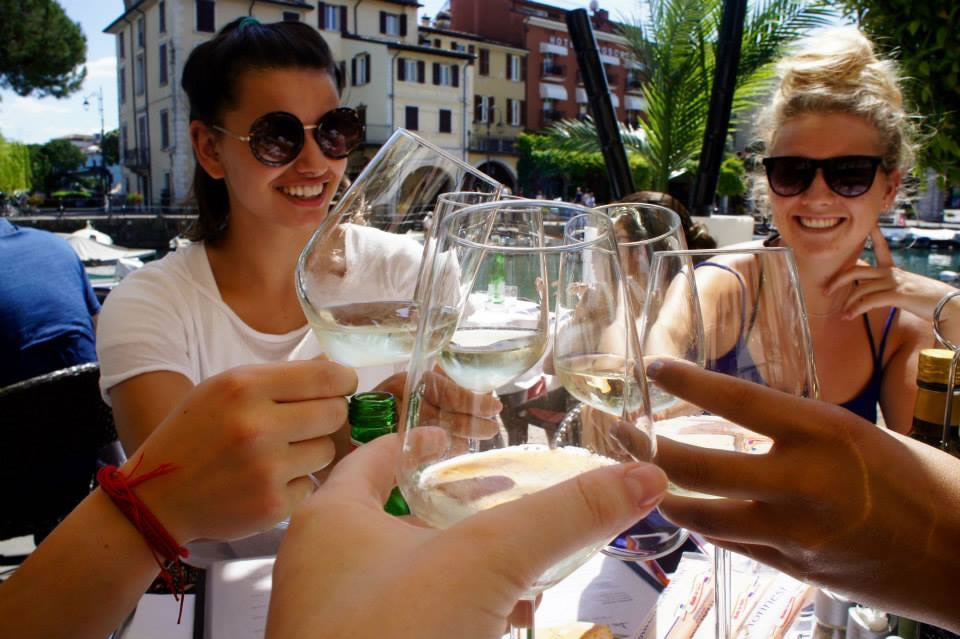 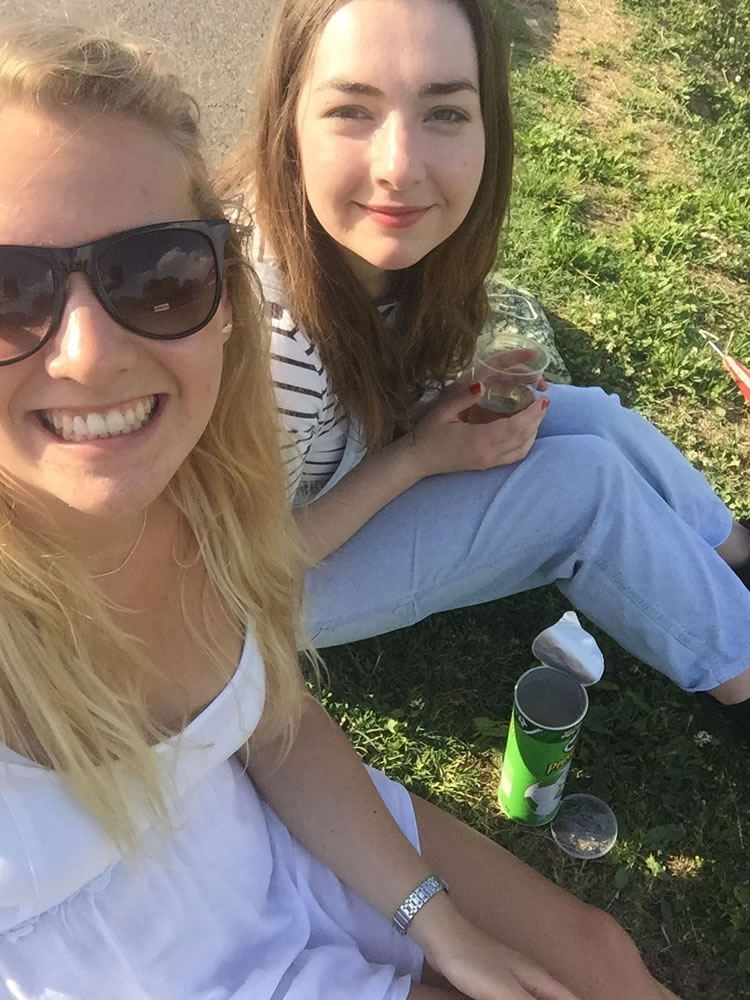 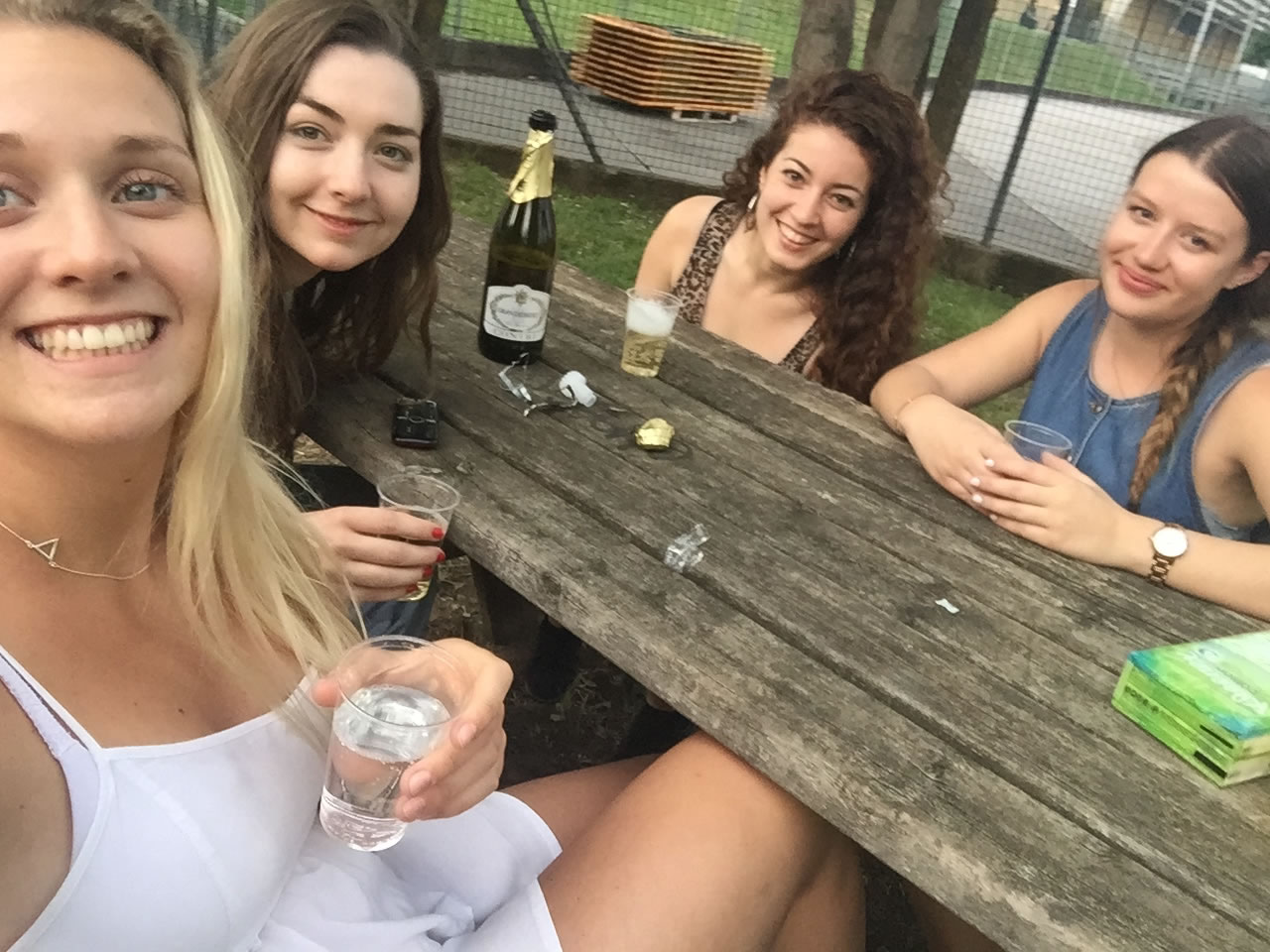 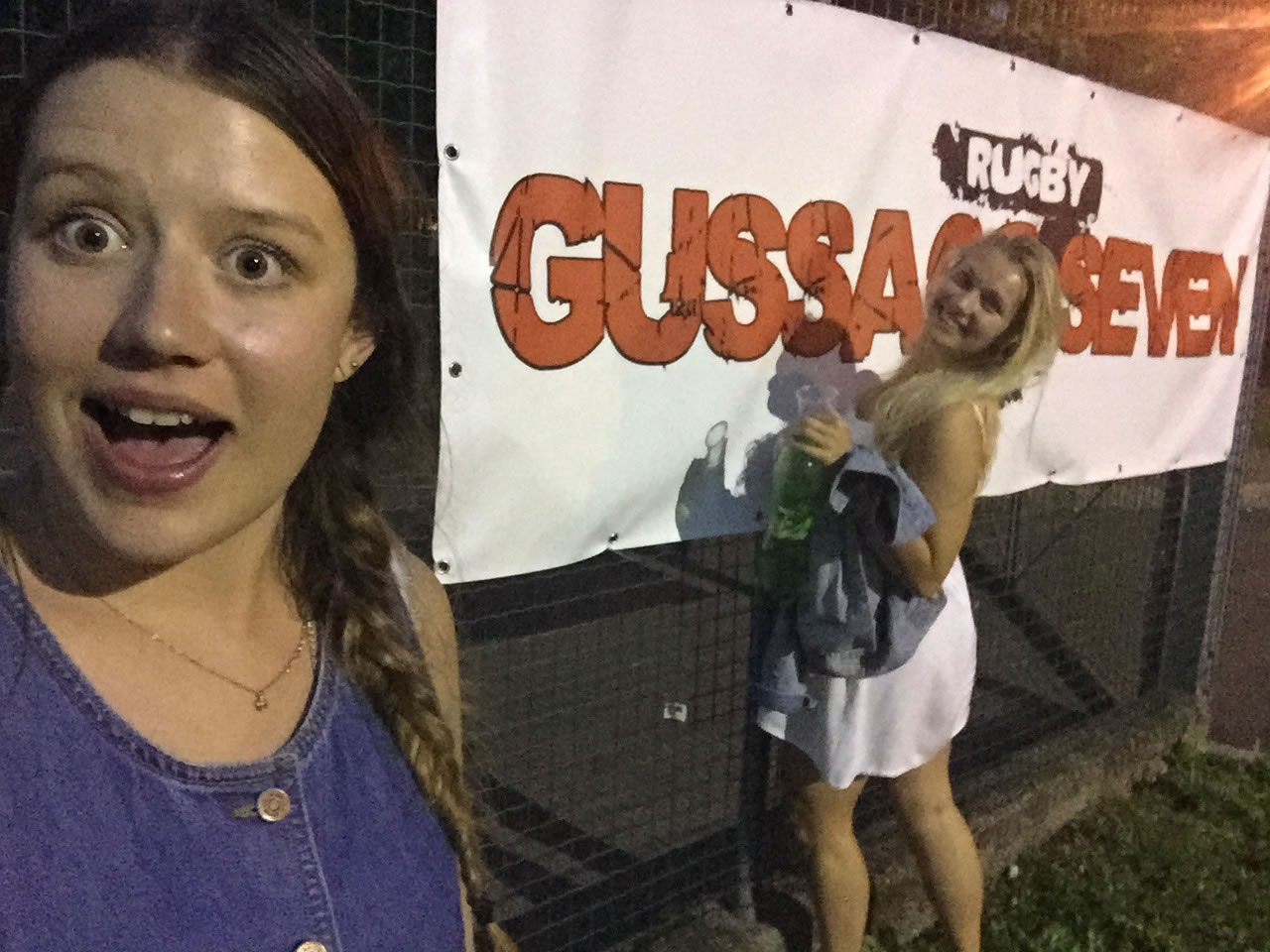 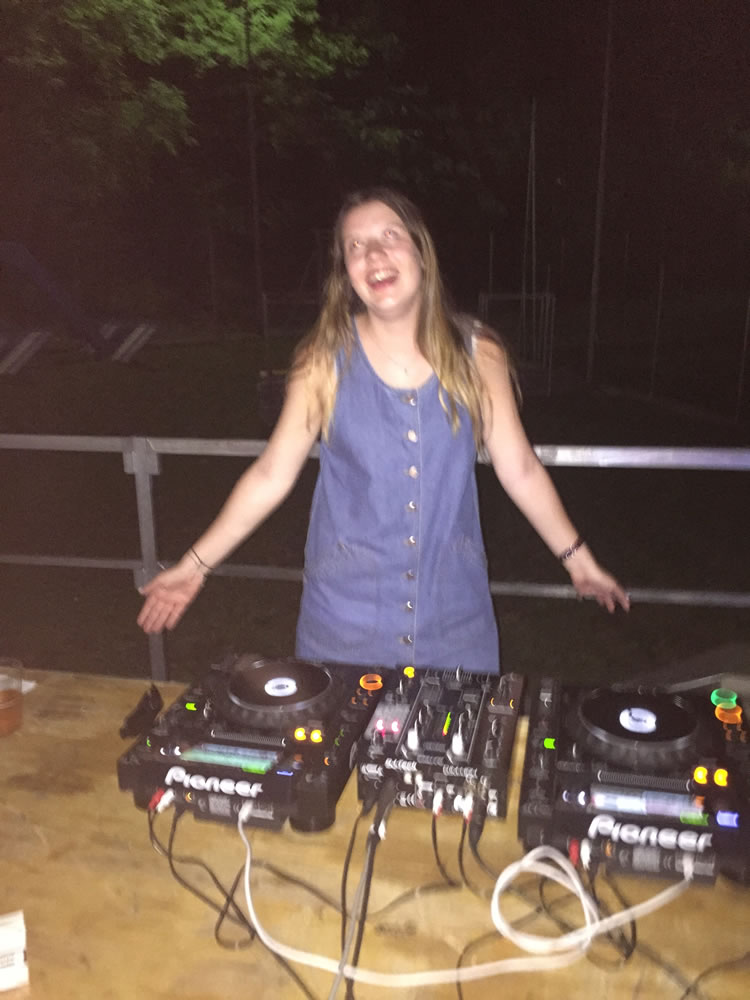 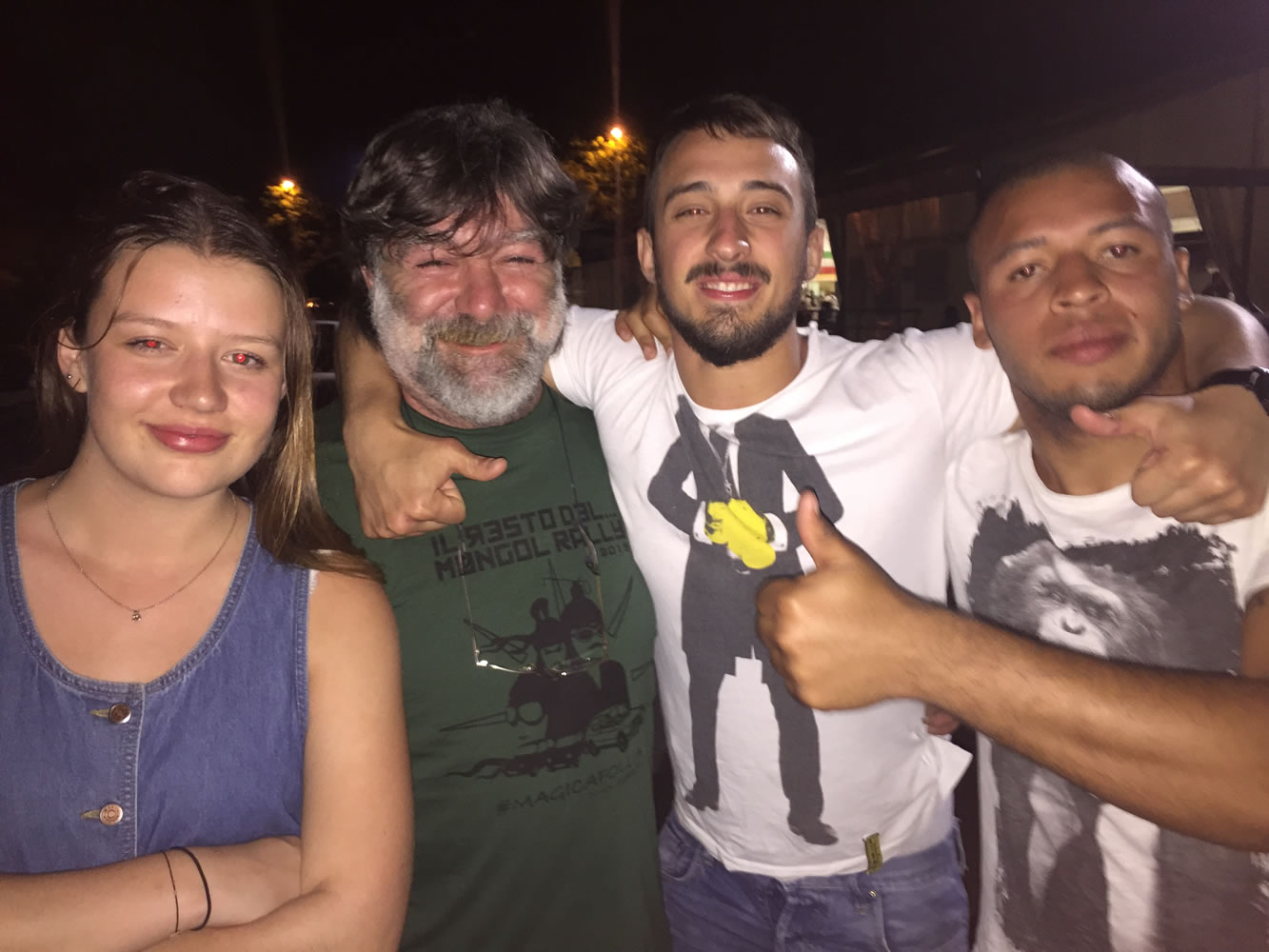